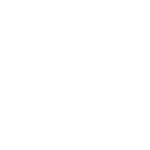 Natura MK is a Civil Society Organization with a mission to advocate, implement and support solutions for people to be better connected with the nature.

Our vision is to create a different world where people live in harmony with nature.

Strenghtening capacities for sustainable use and protection of natural resources

Promotion and development of ecology, sport and education

I Feel Nature - initiative for people with visual impairments

Campaign withing the project "Disability: A matter of perception", funded by the European Union.

In the period from February to September 2019, Natura MK implemented the campaign "I Feel Nature". The goal of this campaig was to affect public perception towards people with visual impairments by creating positive examples of overcoming the disabilities and promoting those examples. Campaign activities are aimed towards better inclusion of the blind and the visually impaired in activities on the mountains. An innovative moment in the campaign is that the blind people will come out of the stereotypes of urban living and they will have the opportunity to step in and enjoy nature with all their senses.

The following activities were implemented as part of the campaign:
• 3 trainings for guides with visually impaired were carried out, with 8 mountaineers trained;
• 5 climbs and walks in nature with people with visual impairment were conducted on the territory of the Republic of North Macedonia;
• Produced materials: 3 videos, puПродуцирани материјали: 3 видеа, media announcements and campaign sharing via social media;

The campaign "I Feel Nature" - initiative for people with visual impairments is part of the Project "Disability: A matter of perception", funded by the European Union. The project is implemented by the partnership of the Media Diversity Institute, and its partners Macedonian Institute for Media and National Council of Disability Organizations of Macedonia.

The campaign continues outside the project every last Saturday in the month, organized by a group of enthusiasts from Natura MK and several visually impaired people from Skopje. As Helen Keller would say: "Life is either a daring adventure, or nothing. Alone we can do so little; together we can do so much". On the next journey we we invite all those want to reach out and we hope that this experience will motivate more visually impaired people to come out and experience the nature.

On Earth Day, 22nd of April, Ministry of Environment and Physical Planning, assotiations "Go Green" and "CNVP Macedonia" will carry out an initiative to clean Lake Kozjak. The action brings together several state institutions, the municipality of Makedonski Brod with the public utility company, Jasen Nature Reserve, the Association of Collective Waste Handlers, numerous NGOs, athletes (kayakers, divers, climbers) and diplomatic corps representatives. All interested clean nature lovers are also invited to join us in this environmental action. There are central points in the villages Zdunje and Blizansko. Locations around the two central points will be cleaned. There will be a special driving schedule to access the locations indicated. The regular driving schedule is 6:30-9:00 towards the locations and 16:00-18:30 towards Skopje. The action will take place from 11:00 to 15:00. Gloves, water and sandwich will be provided for the participants.

Organization of hiking tour in Macedonia with blind and visually impaired people, in cooperation with RideMK.

The tour was carried out in June 2017, with 25 friends from Israel. One third of them were blind and hand in hand, they went with the others to climb peaks over 2.000m through our three National Parks. We hiked more than 50km through the Macedonian mountains and in 3 consecutive days in sun and rain we climbed Medenica peak (2.163m), Magaro peak (2.255m), and along endless stone rivers Pelister peak (2.601m). Only on Pelister we climbed 1.300m altitude and walked for 12 hours. You see and you don't believe your eyes, and at the same time you witness that these people did not see, but they believed!
So far no such tour has been done in Macedonia but we believed and accepted the challenge. Before we left, my colleagues asked us "and why do they even go when they can't see anything from the top?" We didn't have a firm answer, but deep down we knew that they must have a good reason. Now things are much clearer. We see and because of prejudice we do not believe, and these people do not see but have strong faith. Below each peak we lifted their heads to at least imagine the angle of the path in front of them. If we could, we would have given our eyes to see where they managed to climb. Mountaineering with such a company is a unique experience and you have no right to complain at any time because you have an advantage from the start. Each of us had its own peak, an internal struggle, but also satisfaction at the end of the day, and it was our pleasure to see their tears of joy. The tour was special in the full sense of the word. Every day full of emotions, and the mountain has helped us all return to being better people. Those who were blind because of equal treatment and the opportunity to be part of the team, and the others because the good you comes back to you multiplied!

In cooperation with Eko Svest in a project for the protection of National Parks in Macedonia.

In addition to the solution for sustainable develoment of NP Mavrovo and Galicica, eco adventures maps were produced for Galicica and Mavrovo National Parks, and later for Mariovo region. They offer year-round active tourism activities without disturbing the exceptional natural values of these National Parks. Eco tours and maps can be viewed in electronic form on the website EcoAdventures, or in the gallery. Supported by Heinrich Boll Stiftung, Ohrid SOS, Etnar, Save the Blue Heart of Europe, Mava, Euronatur, RiverWatch, Front 21|42.

Fill out the form and send us a message

Thank you. Your message has been sent.